SportWorks is an award winning social enterprise who, in 2021, supported over 5500 individuals aged 4-102 to improve health, gain qualifications and move into sustainable employment or further training. Our team passionately believes in the power sport has to effect positive social change, and in its ability to enrich the lives of individuals and entire communities.

Since 2009 we’ve been designing and delivering award winning programmes which change lives. Through our diverse programmes, our work addresses health inequalities and contributes towards a healthier, more active nation.

Our Volunteer Academy provides ‘real life’ opportunities for learners to develop the skills, experiences and attitudes which employers require.

Whilst we are motivated to “do more” we will only ever report evidence which is verified. We never claim to get 100% success rates, as that would mean we are not working with the right people. We firmly believe in the importance of balancing ‘good news’ stories with ‘hard evidence’. 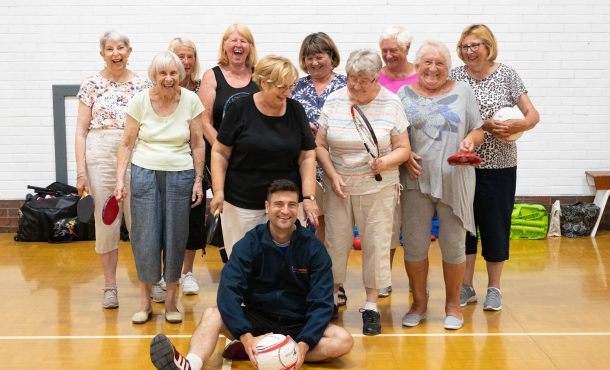 Who we work with

Our programmes are delivered in partnership with funders and community groups throughout the UK . Over the past 12 months we have worked with: 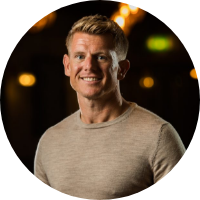 Neil is a respected leader in the worlds of social enterprise and wellbeing. He founded SportWorks in 2009 having previously worked as a Sport Science lecturer and Performance Manager in a sports NGB.

A former long jumper (before retiring at the grand age of 24!), Neil’s role is to oversee our programmes and ensure the SportWorks team continually provide the highest quality of service throughout the UK.

Neil has driven growth of bewtween 18-35% year-on-year, enabling SportWorks to support over 60,000 people since our launch. SportWorks has also diversified revenue streams meaning that no more than 25% of our income comes from any one sector.

Outside of SportWorks, Neil is on the board of an international leadership charity, acts as a NED to several social enterprises and (occasionally) has been seen pounding the streets attempting to keep fit! 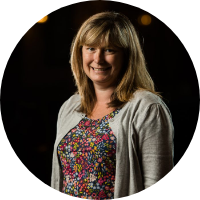 Gill is responsible for finance across SportWorks, taking a leading role in financial monitoring and management nationally.

Gill previously worked in the ‘Welfare to Work’ and ‘Further Education’ sectors before retraining as an Accountant. Her previous life means she brings a wealth of experience of financial performance management across Government funded provision. She is a Member of the Institute of Leadership & Management and MAAT. Outside of work Gill relaxes by walking her Cockerpoo on the beaches of Northumberland. 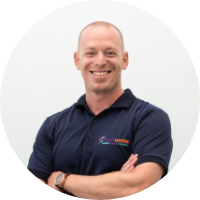 Matt has a strong background in both strategic planning and management of large projects within the sports and education sectors. A qualified teacher, Matt has extensive experience of designing, managing and delivering impactful programmes to young people, families and adults within a range of community settings.

Outside of work, Matt is a keen in sport and fitness fan and enjoys spending time with his young family. 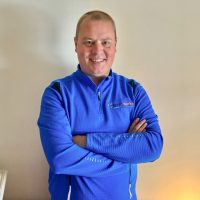 John is responsible for everything quality related at SportWorks, including delivery, staff development and training throughout the country. He liaises directly with Regional Managers to ensure the standardisation of delivery and customer service are conducted to the highest possible standard.

John joined SportWorks in 2018 and before this he enjoyed ten-years of success within charitable foundations of both professional Football and Rugby Union clubs. John is highly qualified with a BSc Hons Applied Sports Coaching and recently obtained an International Diploma in Project Management. His knowledge of the sport and health and well-being sector makes John a great mentor for the development and training of our national staff, providing logistical and strategic support.

Away from work, John is a big sports fan and enjoys spending quality time with his wife, daughter and son. 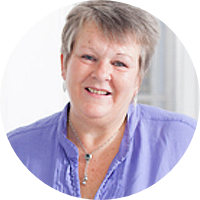 Anne provides operational and administrative support across the SportWorks team, working closely with the Group Director and senior team to deliver the company vision.

Anne’s career spans across cultural and creative industries including the BBC, The Arts Council and The National Trust and brings significant project management experience to SportWorks. She lives in Northumberland with her husband. 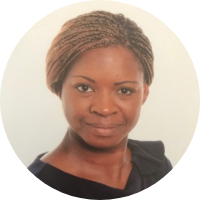 Yemi providers operational and administrative support across the SportWorks team, working closely with the Group Director and senior team to deliver the company vision.

Yemi’s background is within the education sector having worked there for over ten years leading projects and providing support to the senior leadership team. 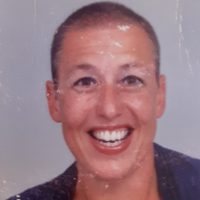 Karin Saenz Miller is from the Netherlands and worked in several profit, non-profit, national, and International companies in various HR roles in the Netherlands and the UK. In 2007 Karin moved to Manchester UK, because her husband accepted a job as High-Performance Coach at GB Taekwondo. Because sport was already a big part in private and social life, Karin worked on a lot of community sport development projects and as Zumba instructor in Greater Manchester for 10 years. The combined knowledge and experience of HR and sport development made Karin specialise in her work. She developed and implemented various programs to reduce sickness absence in companies and improve health and wellbeing at work and in communities. This attracted Karin to SportWorks. SportWorks uses the power of sport to change lives in the UK. As a member of the Advisory Board Karin likes to contribute to the work of SportWorks and their desire to grow the projects and be the preferred supplier to improve health and wellbeing with a variety of sport and education projects. 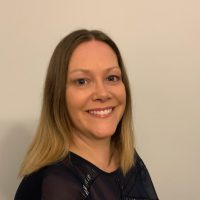 Following a 20+ year management career working for a leading travel company, Julie has extensive experience in a corporate environment and used this experience to set up Berry Consulting in September 2019 where she now provides tailor made management consultancy services in a variety of business areas such as strategy, commercial, customer experience and project management.  In her spare time Julie is also actively involved in gymnastics, coaching and judging as well as overseeing the Young Leader Academy which helps develop 11-17 year olds in a range of life long skills, inspiring them and building their confidence to become Leaders of the future.  She is passionate about helping others to get involved in sport and physical activity and truly believes, now more than ever, the benefits that being physically active can have on our overall wellbeing.  The Advisory Board role allows her to combine her passions and make a positive contribution towards improving health and wellbeing across the country. 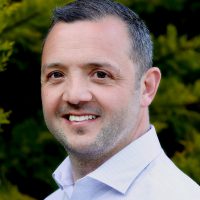 Chris is a seasoned Project Manager with over 20 years’ experience working in corporations in the Manufacturing, Construction and Mining industries. Chris has a strong technical background specialising in product development, new product introduction and strategy development. As a member of the Institute of Mechanical Engineers Chris has a keen focus on identifying and delivering customer needs. Outside of work Chris enjoys sports coaching and spending time with his young family. 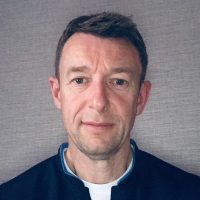 Worked in the tennis industry for over 25 years. As a professional player achieved a career high world singles ranking of 290 (7 in GB) and played main draw at Wimbledon in 1997 and 1998. Moved into coaching and in 2010 became Great Britain Davis Cup Coach alongside being a Senior National Coach for the LTA Men’s Team. Currently in the role of LTA Head of Performance Coach Education and Development, responsible for the education, development and support of all British coaches working in performance. 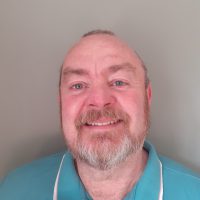 Somehow I have managed to combine and 'juggle' a long career in financial services and property development with a very lengthy passionate relationship with sport and also remain married for 36 years (and counting) with two children now in their 30s.  I played rugby union at a decent standard for over 30 years and became a coach and administrator and this involved leading academies and development programmes in not only rugby but in a variety of other sports with a number of partners including the Newcastle Falcons and as an adviser to the Minister of Sport.  In the last decade or so I have become heavily involved in community matters and I am currently chairman of the Project Genesis Trust, that has the task of redeveloping the 800 acre former site of Consett Steelworks and this role in many ways relies a lot on those past experiences.  They say "every day is a school day" and I hope to improve SportWorks as we meet the challenges of a post Covid World. 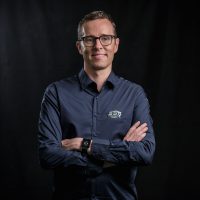 He has a successful track record in managing stakeholders across businesses and finding solutions in complex landscapes, building close working relationships at all levels within governing bodies, commercial partners & broadcasters.

In leading high-profile projects, he has provided counsel to CEOs & boards of several major sports organisations such as British Olympic Association, UK Sport, and London 2012.

Steven has a keen personal interest in using sport and physical activity as a way to build stronger and healthier communities, in particularly to improve mental and physical wellbeing of people from across society regardless of their age, gender, background or ability.  He holds a number of other voluntary and non-executive board roles, including with Planet Earth Games, the Chartered Institute for the Management of Sport and Physical Activity (CIMSPA), and GB Climbing. 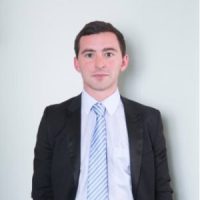 Richard is currently a UK group financial director for a company within the construction sector.
Alongside this role and board position with SportWorks, Richard is a private investor into small and medium businesses, which with his experienced financial background, looks for businesses where he can add value.
Richard is an advocate of investment in people along with continued personal self-development (and is currently studying for a ILM 7 coaching masters).
Richard started his career at a small 2 partner firm in North London back in 2000 where he achieved his ACCA qualification. In 2005 Richard subsequently left to join a mid-tier audit and accountancy practice before making a move from practice into industry in 2016.
Since 2016, Richard has been involved in several M&A transactions, consolidations and strategic planning as well as more recently navigating challenges for the business and the team as a result of the COVID pandemic.
Outside of the work environment, Richard enjoys active sport including playing football (although remains unsure how long he can hold off on retirement) swimming, hiking, cycling, running and golf.

If you are inspired by our community and inclusive programs, we would love to explore if/how we could work together to improve more lives. Please contact us here