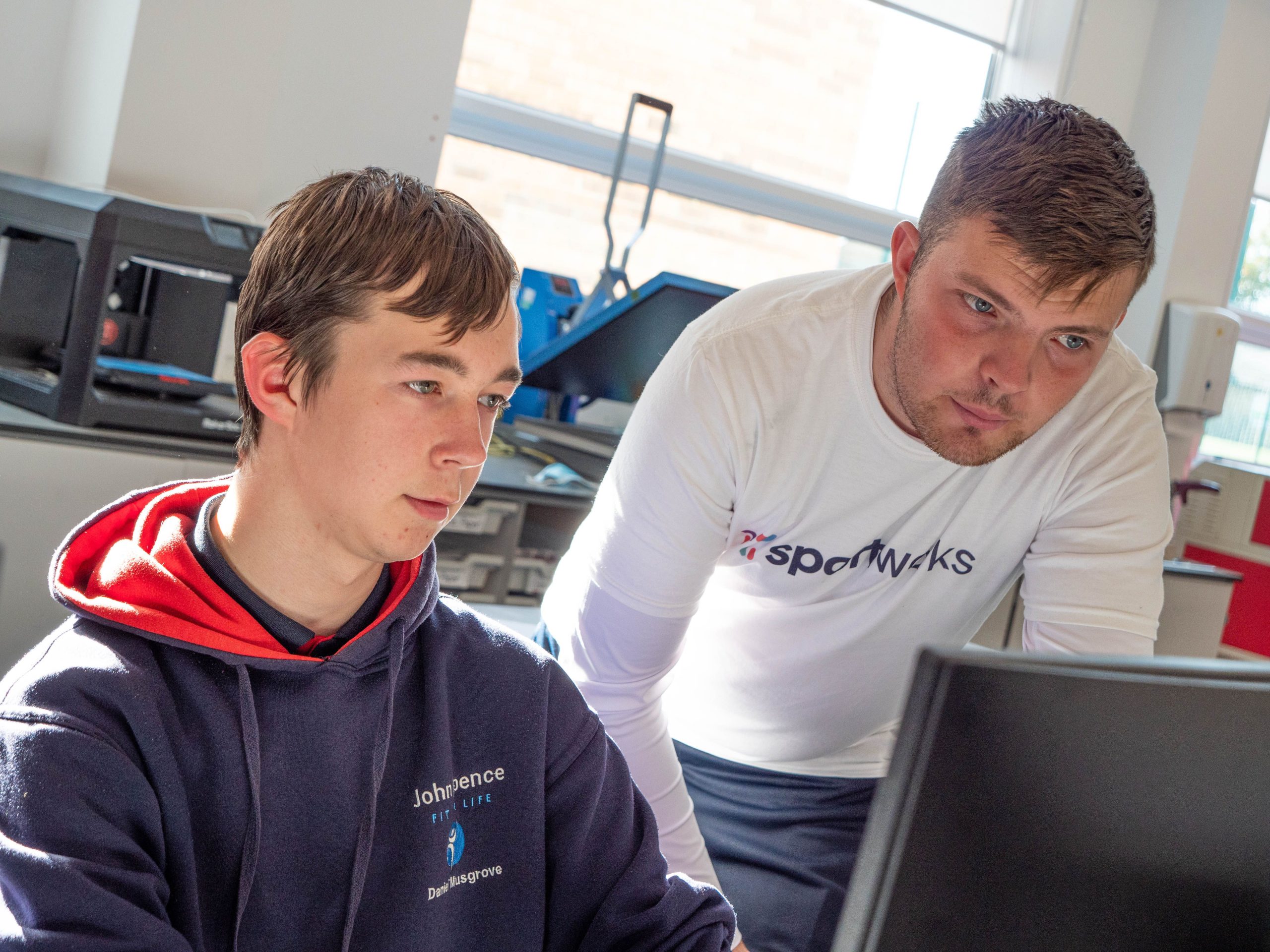 Kieran was referred to SportWorks via Durham County Council’s social services department in 2014. Kieran had experienced difficulties throughout his school career and, although academically gifted, had disengaged from learning by the age of 14. Despite attempts by his mother and school staff to find teaching staff who were able to provide a motivating educational programme, Kieran dropped out of mainstream school at age 15. Several placements at local colleges followed, including enrolment onto BTEC level qualifications in sport and leisure, Kieran’s preferred subject area. However, disengagement persisted as a result of his difficulty in arranging transport to/from the college. At this time Kieran’s girlfriend became pregnant, placing financial pressure on his situation. At the time of Kieran’s referral to SportWorks he was highly disillusioned, unemployed, in receipt of Job Seekers Allowance and becoming increasingly worried about how best to financially support his new family.

The part time nature of “Aspire” enabled Kieran to work towards qualifications in Sports Leadership at both Level 1 and Level 2 and Functional Skill qualifications in Math’s and English whilst continuing to search for work and support his girlfriend. The Durham City Centre venue required only one bus journey and was considerably more accessible than previous college sites, resulting in greater engagement and 100% attendance for the entire 14-week placement. The SportWorks tutors were so impressed with Kieran’s energy and enthusiasm during his study that they invited him to volunteer his sports coaching skills and knowledge at a multi sport programme for disabled children – a contract managed by SportWorks on behalf of Newcastle City Council. Kieran excelled in this practical environment and demonstrated not only technical proficiency butalso high levels of professionalism, respect for senior staff and a superb ability to engage with children with additional needs. Furthermore, Kieran developed a newfound sense of purpose in life and, in his own words, “realised what he loves doing the most”. At the present time, Kieran is working on a full time basis with SportWorks as a professional sports coach and receiving mentoring from our Senior Tutor to continue his professional development. His young family is dong well and Kieran is enrolled one day per week onto a Customer Service qualification at Durham College.

“I would recommend this program to any young person looking to gain great experience, knowledge and qualifications doing something they love”. Kieran

SportWorks was commissioned by “LA7”, a collaborative of seven Local Authorities based in the North East of England, to deliver a wide-ranging educational programme to address unemployment statistics in the region during 2014 and 2015. Funded by the European Social Fund, the project sought to reduce the number of “NEET” (Not in Employment, Education or Training) young people aged 14-19.

Following widespread consultation with LA7 staff, learners plus a range of stakeholders including social workers, teachers and charitable organisations, SportWorks developed an innovative approach utilising the medium of sport and physical activity to help learners develop core skills. Primarily based upon the sports of Football, Boxing and Gym training, each learner engaged on a weekly basis or no less than 10 weeks. Every student developed knowledge and skill within the areas of leadership, communication and group working as they progressed towards nationally recognised qualifications including the Sports Leadership qualification at both Level 1 and 2. Class sizes were kept to below 10 to maintain high staff ratios. Additionally, each learner under age 18 was required to undertake “Functional Skill” training within Math’s and English as part of their holistic development and preparation for employment. All programmes were delivered by qualified SportWorks tutors who specialise in ensuring positive educational attainment for learners with additional needs and/or behavioural difficulties.

Assessment techniques and evidence of impact

The needs and demands of learners enrolled onto the “Aspire” programme were varied – approximately 30% of students were classified as having a Special Educational Need and 100% had failed / under achieved within a mainstream educational environment. Consequently, the approach to learning and assessment needed to reflect the demands of each young person: traditional written assessments were not appropriate. Therefore, the SportWorks tutors developed innovative assessment techniques including:

‘’SportWorks offer a fantastic provision that engages NEET and vulnerable young people and providing a stepping stone to achievement. Their tutors are lively and innovative, promoting enthusiasm and skills that are adaptable to both social and employment environments’’.

If you are in the public sector or a community organisation, this is the route for you...

If you want to become one of our corporate partners or you are a trust or foundation, this is the route for you...