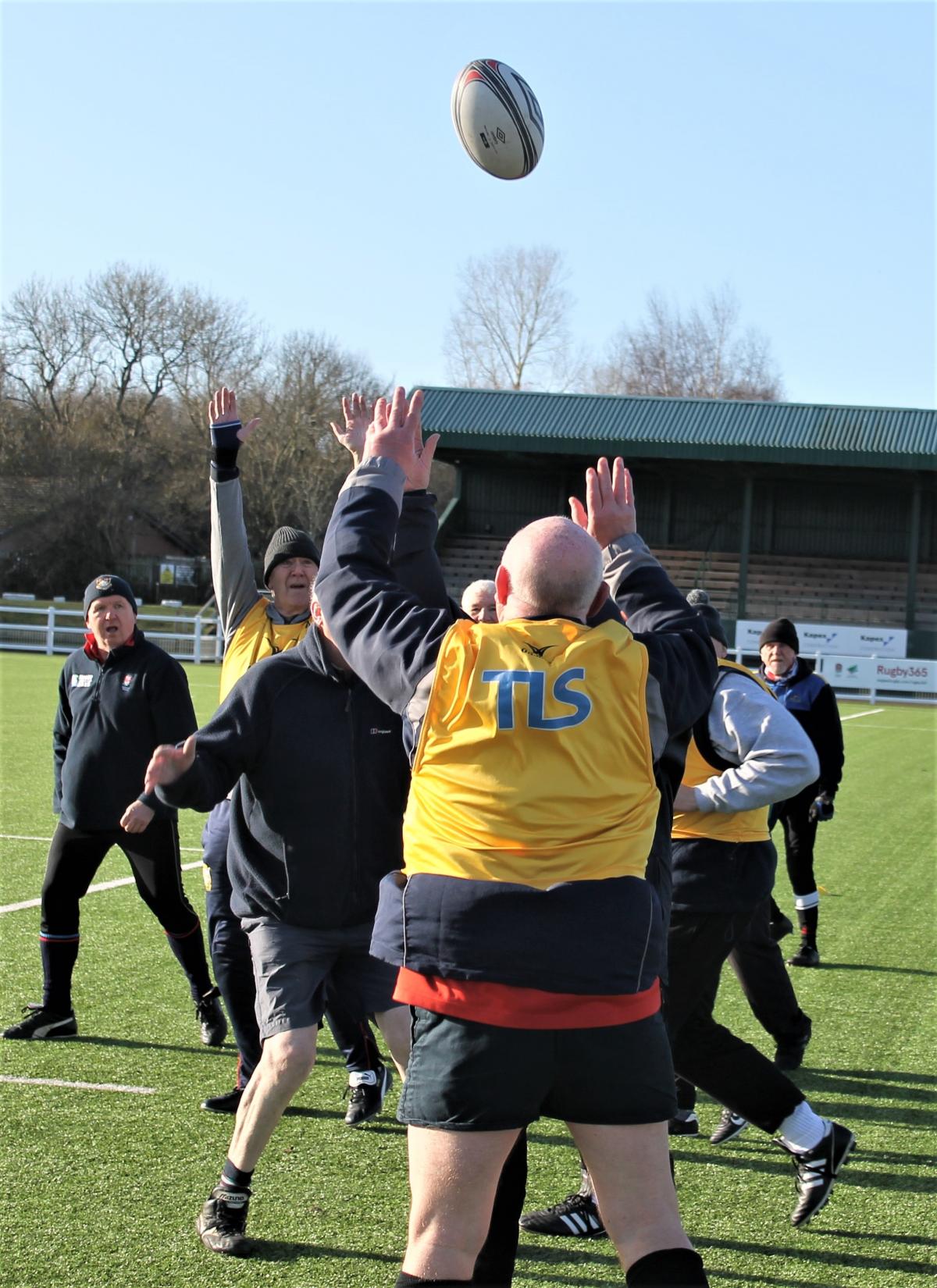 A biting February wind is blowing across the pristine artificial turf and 66-year-old Bill Shaw is braced to receive the ball, then pass and move.

He’s at Blaydon Rugby Club and it’s Thursday – Bill’s favourite day of the week. That’s because he gets to see his friends for a game of walking rugby, followed by a cuppa and a natter in the bar.
“It’s definitely the day I look forward to most,” he says. “I just wish it was more often.”
Bill goes on to explain that his health “isn’t too good”. Heart problems have left him on the waiting list for two new valves, and he’s in the early stages of Parkinson’s. Due to the need to isolate, he’s endured two lonely lockdown years, but at least for a precious few hours on Thursdays, he’s walking back to happiness.

A gentler form of the sport – more Blaydon paces than races– walking rugby is ideal for the older generation and those with medical conditions. Bill falls into both camps and has no doubt about the benefits to his physical and mental health.
“It’s made the world of difference – I’ve seen a massive improvement,” he declares over a coffee in the warmth of the rugby club bar, the flames of an artificial fire flickering by his side.
“The biggest thing is confidence to get moving again, and then to come in here and have a bit of crack is wonderful. Everyone makes you feel so welcome – I’m glad I decided to give it a go.” The walking rugby sessions take place every Thursday at Blaydon Rugby Club, one of a number of grass roots organisations involved in a North-East pilot study, led by a social enterprise called SportWorks, to assess the value of embedding health and wellbeing into community life.

The ‘Holistic Health’ study, focusing primarily on more vulnerable and disadvantaged people, was launched in January and runs for three months. The emphasis is on diversity, with
all ages, males and females, and people from various ethnic groups represented.
The pilot has secured wide interest from bodies including Sport England, the Lawn Tennis Association, and Public Health England.
It covers from Tees Valley to Tyne and Wear and is being funded directly by Sport Works, with support from Durham County Council for the parts of the trial taking place in County Durham.
Independent researcher, Dr Christopher Hartworth, has been commissioned to provide robust data throughout the trial to assess whether there’s been long-term behavioural change

“As soon as I heard about the SportWorks trial, I applied to be part of it because I think it’s a really interesting project. What really appealed was combining the physical exercise with the social side and the chats about mental health and nutrition,” says Jim.
“When the walking rugby group started, we had people struggling with all kinds of medical conditions, who were moving quite slowly and falling over a lot.
“But by encouraging them to work in small groups, passing the ball, and walking, they’ve improved their movement, kicking, and hand-eye co- ordination.
“On top of all that, the social interaction has definitely improved their mental health. People comment all the time about how it’s made them happier, and how much they look forward to coming every week.”

If you are in the public sector or a community organisation, this is the route for you...

If you want to become one of our corporate partners or you are a trust or foundation, this is the route for you...